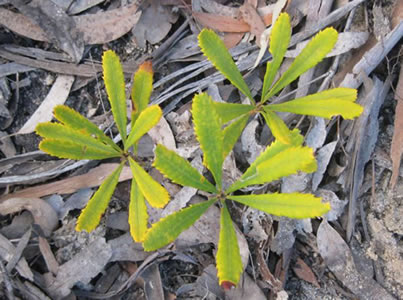 Results from this project clearly demonstrate that antagonists can reduce Phytophthora cinnamomi dieback severity in Thryptomene calycina in the field as it can in glasshouse pot trials. The addition of compost or compost with antagonists significantly reduces the rate of infection, reduces Phytophthora cinnamomi in the soil, and promotes the growth of Thryptomene calycina.

Previous studies had shown that compost containing chicken manure was found to be the most effective compost for eliminating Phytophthora cinnamomi, and although this material was suitable for Thryptomene calycina, the phosphorous concentration in the compost was toxic for Banksia grandis and Banksia spinulosa, negating any beneficial effects of antagonists. Further investigations are proposed to determine suitable composts for use with phosphorus sensitive plants like Banksia.