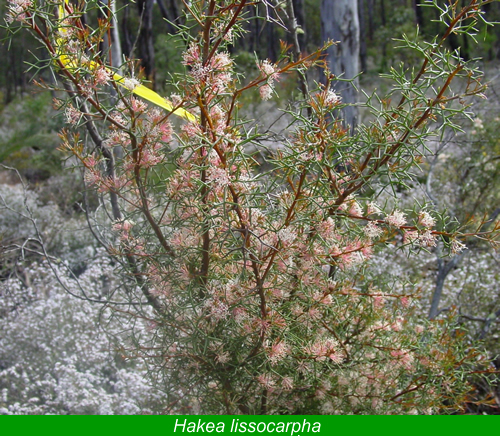 The secondary salinisation of streams and rivers, largely as a consequence of land clearing, is a major environmental problem in Australia. Although the detrimental effects of salinity on aquatic organisms has been well documented, there is little information on how salinisation affects riparian flora and fauna. Such information is necessary, first to accurately assess species at most risk from salinisation, and second, to identify suitable candidate species for the rehabilitation of riparian zones which have already been affected by salinisation.

The reduction in plant species diversity occurred because of the detrimental effects of salinity on particular plant species. In controlled laboratory trials, we showed that increasing salinity decreased the germination rates of Bossiaea eriocarpa, Hypocalymma angustifolium, Hakea lissocarpha, Hakea undulata and Hakea varia, all of which were relatively more common in low soil salinities in the catchments, while there was no effect of salinity on the germination rates of Melaleuca viminea, Xanthorrhoea preissii and Corymbia calophylla, which were all relatively more common at high soil salinities.