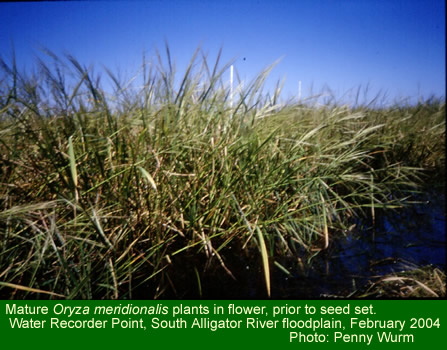 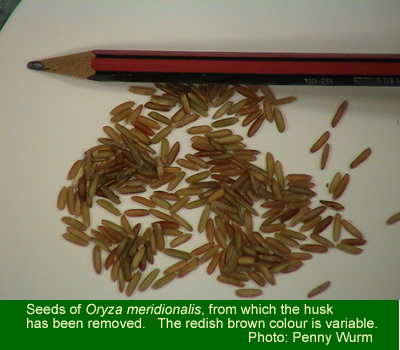 Floodplains of the monsoonal wet-dry tropics are a hydrologically dynamic habitat. During the annual wet season, the underlying clay soils are flooded by 10 to 200 cm of water, while during the dry season they are dry and deeply cracked. The annual wetting and drying cycle is a reliable occurrence, but the timing of wet season onset, and the extent and duration of inundation are not.

This study investigated the significance of inundation regime to growth and fecundity of O. meridionalis in a tank experiment, growing potted plants in four inundation treatments.

In the field, significant differences in growth and fecundity were also detected between years of different inundation period. For example, the 1992 wet season commenced 6 weeks later than it did in 1994. This additional time for vegetative accumulation prior to the initiation of inflorescences also may have contributed to higher spikelet production in the field populations.