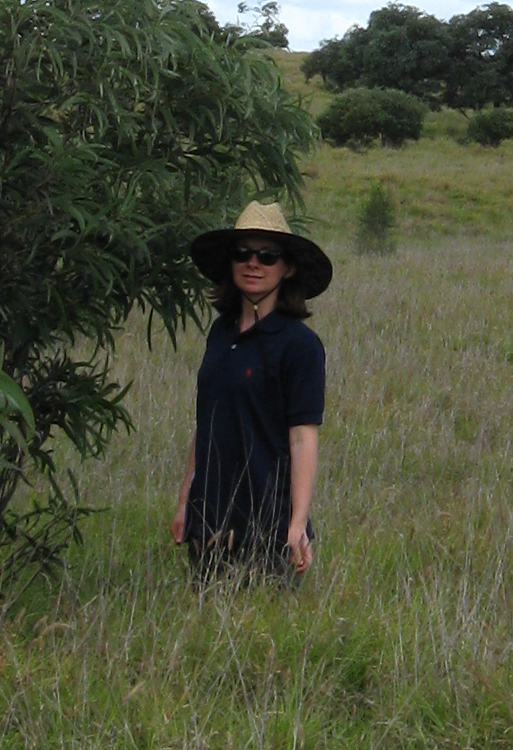 The impact of agricultural land-use history on invasion severity in fragmented ecosystems and how this affects natural regeneration is not clear. The interactive effects of landscape change and biological invasion represent a major challenge to the management of fragmented ecosystems and yet are mostly studied independently. This study addresses this problem focusing on buffel grass invasion in naturally regenerating brigalow (Acacia harpophylla) forest fragments in Queensland. We surveyed the cover of a dominant exotic pasture grass, buffel grass (Cenchrus ciliarus) and native understorey species composition and cover in as well as patch and landscape context. Ordinations were used to test the effect of buffel grass invasion and patch and landscape context on native community composition and cover. We tested for interactions between invasion and patch and landscape context by quantifying changes in the effect strength of buffel grass on native grass cover. There was strong evidence that the direct effect of land-use history and canopy height was larger than the effect of buffel grass on the native community. Similarly, duration grazing in the landscape and patch isolation were more important for predicting native grass cover than buffel grass invasion. However, the effect strength of buffel grass invasion was found to vary antagonistically with canopy height, soil phosphorus enrichment and patch isolation, and synergistically with duration grazing. An important finding in our study is that relatively undisturbed patches and landscapes are more negatively impacted from invasion than already degraded areas. However, invader effects may be greater in landscapes with a longer establishment history due to a longer duration of processes that negatively impact native communities. Our study highlights that testing the direct and interactive effects of landscape change and biological invasion is needed to prioritise conservation actions in fragmented ecosystems.