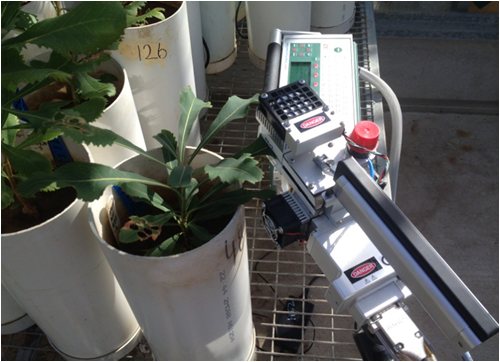 Hawkesbury Institute for the Environment, University of Western Sydney

Changes in key climatic variables (e.g., atmospheric CO2, air temperature and water availability) are occurring at unprecedented rates and having substantial impacts on functionality, biodiversity and productivity of terrestrial ecosystems. Because forests dominate terrestrial net primary production and play a prominent role in the global carbon cycle, understanding the capacity of woody species to cope with simultaneously changing climatic variables is critical for the management of natural resources and the conservation of biodiversity. One fundamental way that plants may respond to rapid climate change in the short-term is to adjust their growth and physiology, which is thought to be particularly important for woody species with long generation times. For any given species, plant populations originating from different environments usually differ in their responses to the same environmental change. Although some progress has been made on intraspecific variation in woody plant response to climate change, no studies have looked into the interactive effects of concurrently changing climatic variables on their intraspecific variation in phenotypic plasticity.

Therefore, this project was designed to assess the impacts of key climatic variables (i.e., [CO2], temperature, and water availability) on growth and physiology of woody plant populations originating from contrasting environments, with a focus on the intraspecific variation in their capacity to cope with climate change. The study was conducted with two populations of Telopea speciosissima (Proteaceae; Shrub; open woodland), originating from climatically differentiated regions. Treatment levels (i.e., changes in [CO2], temperature, and water availability) in this research were chosen based on predicted climatic conditions within this century. The goal was to use this woody species to generate improve understanding of woody plant growth and physiological responses under future climatic scenarios.

In the first experiment, the main and interactive effects of elevated CO22 concentrations (CE), and elevated temperature (TE) on growth and physiology of the Coastal (warmer, less variable temperature environment) and the Upland (cooler, more variable temperature environment) genotypes of T. speciosissima were assessed. Seedlings were grown under two CO2 concentrations(400 µl -1 and 640 µl -1) and two temperature (26/16 °C and 30/20 °C for day/night) treatments. Both genotypes were positively responsive to CE (35% and 29% increase in whole-plant dry mass and leaf area, respectively), but only the Coastal genotype exhibited positive growth responses to TE. It was observed that the Coastal genotype exhibited greater growth response to TE (47% and 85% increase in whole-plant dry mass and leaf area, respectively) when compared with the Upland genotype (no change in dry mass or leaf area). No intraspecific variation in physiological plasticity was detected under CE or TE, and the interactive effects of CE and TE on intraspecific variation in phenotypic plasticity were also largely absent. Overall, TE was a more effective climate factor than CE in exposing genotypic variation in this woody species. These results do not support the idea that genotypes from more variable climates will exhibit greater phenotypic plasticity in future climate regimes.

In the second experiment, the main and interactive effects of elevated CO2 concentrations (CE) and elevated temperature (TE) on growth and physiological responses to drought of the Coastal (warmer and relatively wetter environment) and the Upland (cooler and relatively drier environment) genotypes of T. speciosissima were investigated. Seedlings were grown under two CO2 concentrations (400 µl l-1 and 640 µl l-1) and two temperatures (26/16 °C and 30/20 °C for day/night). During the period of experiment, half of the seedlings were supplied with full watering (i.e., the well-watered treatment), while the other was subjected to controlled drought/recovery cycles (i.e., the drought treatment).

The two genotypes showed similar declines in growth and photosynthesis under drought conditions across CO2 and temperature treatments, and did not exhibit differences in response to drought stress. Regardless of genotype, TE negatively affected plant drought resistance by accelerating the process of drought seedlings becoming physiologically stressed, while CE did not influence the capacity of plant drought resistance or alter the sensitivity of photosynthesis to declines in soil water content. Furthermore, CE did not ameliorate the negative effects of TE on drought response. Overall, these results suggest that woody plant populations originating from different environments may not necessarily show intraspecific variation in response to drought under current or predicted future climates. These findings also indicate that temperature is likely to be a stronger determinant than CO2 in affecting woody plant response to drought in the context of climate change.

In conclusion, the research addressed the main and interactive effects of changes in multiple climatic variables (i.e., CO2 concentration, temperature, and water availability) on growth and physiology of Telopea speciosissima, with a focus on the intraspecific variation in their responses between populations originating from different environments. Results of this research were reported based on the treatment levels chosen for the experiments. Significant intraspecific variation in growth plasticity when responding to a constant mild warming (TE; ambient + 3.5–4.0 °C) was found. In contrast, populations did not differ in their growth or photosynthetic responses to elevated CO2 concentrations(CE) or to sustained drought.

These results together suggest that temperature may be more effective than CO2 concentrations or water availability in driving intraspecific variation in woody plant populations under future climates. The expected greater phenotypic plasticity of waratah populations from more variable environmnents was not found. Thus woody plant populations originating from more variable environments may not necessarily show greater phenotypic plasticity in response to climate change.